mAbxience, a global fully-fledged biotech company, with over a decade of experience in the development, manufacture and commercialization of biopharmaceuticals. 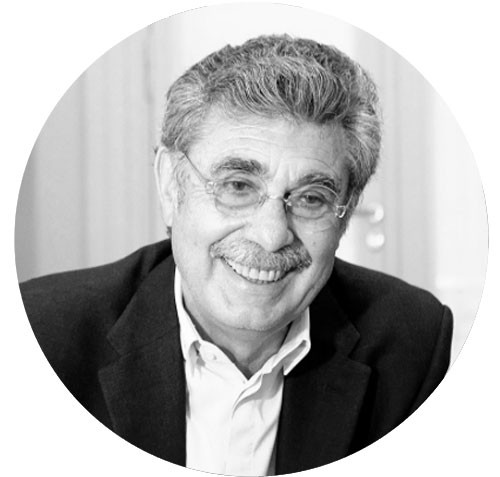 Dr. Sigman and his biochemist wife, Dr. Silvia Gold, founded mAbxience in 2010 as the biotechnology arm of Insud Pharma, which the couple set up in 1977.

Hugo Sigman is a trained physician (University of Buenos Aires), specialising in psychiatry. He launched the Research, Development and Innovation Consortium (ID+i) to focus on scientific research some 19 years ago. The Consortium brings together private enterprise and public institutions in Argentina to focus on the research and development of monoclonal antibodies in the search for new cancer treatments.

Since the end of 2013, Hugo Sigman has been president of the Argentine Chamber of Biotechnology (CAB), an organisation that seeks to strengthen the leadership role in biotechnology at a regional level. He also recently joined the YPF Foundation’s Advisory Board as an adviser.

In 2008, Sigman received the Konex Award in the Innovative Entrepreneur category; in 2011, he was recognised by the Asociación de Dirigentes de Empresa (Society of Business Directors – ADE) in the Agro-industry category; and, in 2013, he was selected as Entrepreneur of the Year by the Endeavor Foundation.

His recent speaker appearances include the Experiencia Endeavor event in 2013; the 11th AIDS Symposium, organised by the Huésped Foundation in Buenos Aires, in 2012; the United Nations Conference on Trade and Development (UNCTAD) held in Qatar in 2012 and Geneva in 2011; the 47th IDEA Colloquium in Mar del Plata, Argentina in 2011; and the 15th Conference of the Argentine Industrial Union (UIA) in Buenos Aires in 2009.