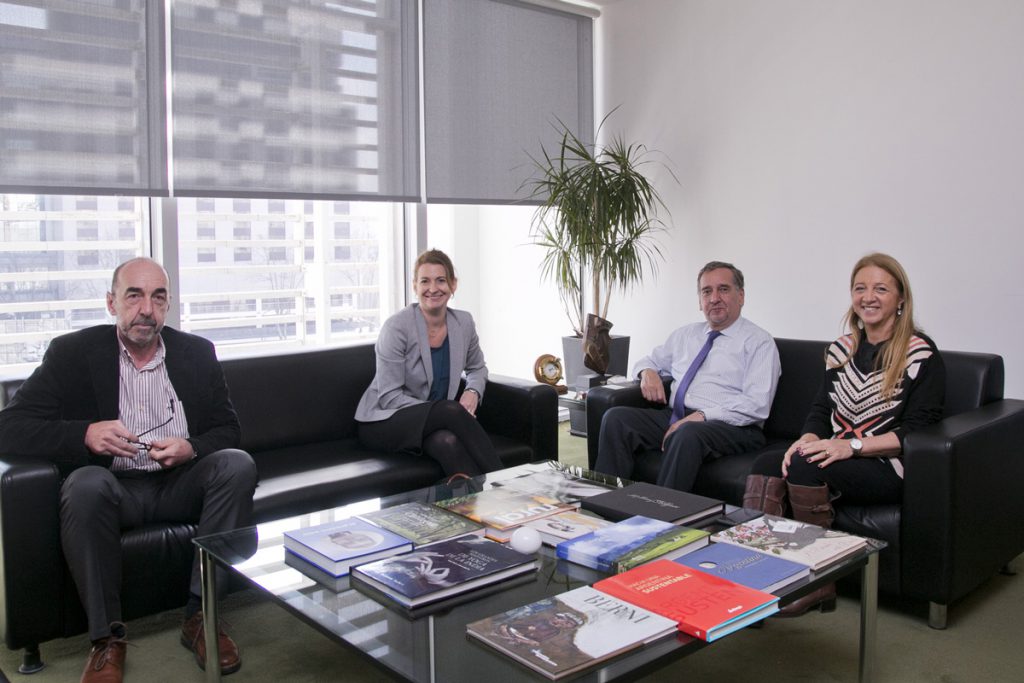 The company is part of the multinational CHEMO group, with 40 years’ experience in the pharmaceutical industry and presence in more than 40 countries.

The biotechnology company dedicated to the R&D, manufacture and commercialisation of drugs, mainly biosimilars medicines, already has an R&D centre in Spain, together with a monoclonal antibody production plant in Munro, Buenos Aires (Argentina) and it is currently analysing the possibility of building a new unit in the country.

During the meeting with the Minister of Science, Technology and Productive Innovation (MINCYT, is Spanish), Lino Barañao, the general manager of mAbxience, Emmanuelle Lepine, emphasised that having reached the maximum capacity both in the Argentinian site and in the facilities located in León (Spain), Chemo Group decided to build a new plant with capacity to operate internationally from 2020.

In that sense, the R&D director of Insud Group, Graciela Ciccia, said: “We came to tell Minister Barañao about the growth achieved by this project, as it was sponsored by the MINCYT, through instruments such as the FSBIO, in its the beginning”. And she added: “When we started there were 8 people, and today we are almost 100; a team composed of highly qualified personnel working in advanced biotechnology. ”

Ciccia then referred to the steps she has taken with the local director of mAbxience, Esteban Corley, to obtain sufficient support so that the third plant is located in Argentina, and said: “This is a project that would put Argentina in the spotlight in a completely different way, because we would become leaders in the production of monoclonal antibodies, with a plant that complies with international regulations.”

“We have shown that the introduction of biosimilars lowers prices, hence the economic impact on the health system is very important. To this we have to add the developments of new monoclonal antibodies and, in line with the recent provision of the Ministry of Health, clinical trials will be carried out in the country”, Ciccia explained.

Corley commented: “The success we had with the launch of Rituximab, which was partially funded by the Ministry of Science, plus other products that are beginning to be approved abroad, has taken us to a level that brings us the challenge of increasing our productive capacity. Hence our interest in this expansion to be in Argentina.”