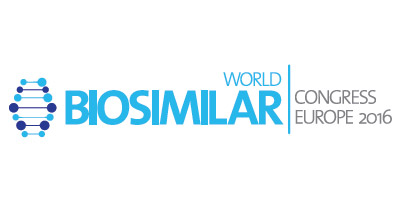 On 14th and 15th November 2016 the 5th World Biosimilar Congress was held in Basel (Switzerland). It addressed subjects like the pre-clinical and clinical development of biosimilars, the extrapolation of indications and interchangeability, prices and discounts, and the implementation of these drugs in the market, among others. Experts from the main pharmaceutical companies and international regulatory agencies participated, with representatives from countries such as the USA, UK, Germany, Italy, Switzerland, France and Spain.

The first point which was dealt with was the commercial development of biosimilars in Europe and their use in clinical practice, with a 44% increase in uptake of these drugs since 2014 being highlighted. It was mentioned that, after 10 years’ experience with biosimilars in Europe without any kind of problem, doctors are more disposed to use them, recognising that treatments can reach more patients. The main world markets were also compared and their main differences shown. For example, the US and European markets differ not only in terms of the definition of biosimilars, but also in terms of their regulatory systems. Another important point was the price of biosimilars, with the advantages we have seen throughout the previous posts being mentioned: a considerable financial saving, the sustainability of healthcare systems and treatments being able to reach more patients.

The quality criteria which the development of biosimilars needs to meet compared to the development of reference drugs were shown. While the main objective of the latter is to determine their clinical effect, for biosimilars it is to determine their similarity, both structural and functional, to the original drugs, in order to achieve indication extrapolation from the reference drugs to the biosimilars. In this sense, the challenges involved in establishing this similarity were shown, bearing in mind the great variability which exists among patients, the chemical differences which affect assessment trials or the variation in the concentrations of drugs between the different production batches. Indication extrapolation in real life and the interchangeability of a reference drug with a biosimilar were also discussed. It was concluded that such changes are possible and that there is no evidence against interchangeability.

In another of the presentations, data for biosimilar implementation in the market and changes which have taken place throughout 2016 were given. On this subject, a monitoring study on the safety of biosimilars scheduled to be carried out in the Netherlands was shared with those attending. This study aims to ensure a uniform level of vigilance and so an increase in the implementation of these drugs. The results obtained in the Norwegian Nor-Switch study, which have not yet been published, were also given. This is a randomised, double-blind study whose aim was to assess the effectiveness and safety of two treatment arms: in one arm a reference drug (infliximab) was substituted by its biosimilar and in the other arm treatment with the reference drug was maintained. The results showed that there were no significant differences between the two treatment arms, indicating that the substitution of a reference drug with a biosimilar is possible and safe.

Regarding advances made in 2016, the approval of 3 biosimilars in the USA was highlighted, making a total of 4 in that country. So far in Europe, a total of 23 biosimilars have been approved.

Finally, the situation in the current market was analysed and the mechanisms necessary for improving the implementation of biosimilars were shown: the industry offering better pharmacovigilance, better information with more clarity being provided both to doctors and patients, and patients being placed at the centre of the development of the drugs, improving communication with them.