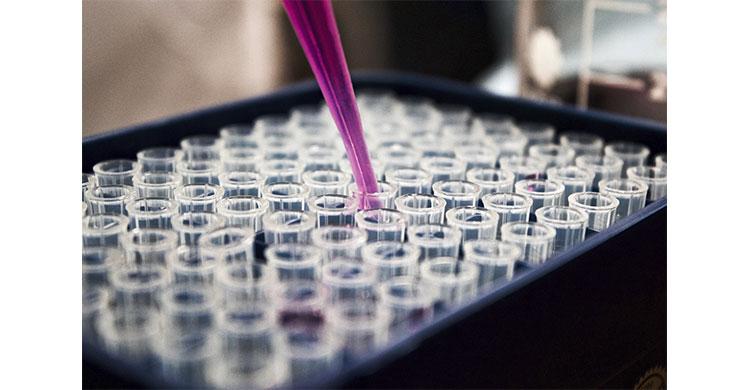 Since 2001, 59 biosimilars have been submitted for approval in Europe, of which 39 (25 different molecules) have been approved and marketed. In 2017 alone, 14 biosimilars were approved, including the first biosimilar for use in oncology.

The list of biosimilars in oncology is growing rapidly: 6 rituximab biosimilars have been approved, 1  bevacizumab and another  trastuzumab, and 15 others are awaiting approval.

The successful integration of biosimilars in this area is very important, because in Europe oncological treatments in 2016 alone cost €24.2 billion ($113 billion worldwide), and almost 40% corresponded to biological medicines.

Biosimilars are a great opportunity to reduce costs in oncology and increase the availability of biological therapies for patients who do not receive them due to economic restrictions, thus improving access to optimal treatment.

During the congress of the European Society of Medical Oncology (ESMO) held in Madrid, a group of experts in the management of oncological treatments, including doctors, nurses, patient associations and authorities, held a debate on the use of biosimilars in oncology. In September of this year they published an article with their conclusions and recommendations, and we comment on their key points here.

1.  The concerns of clinicians

Collaboration between health professionals and regulatory authorities is essential for optimizing the uptake of biosimilars. Specifically, in order to adequately inform their patients, doctors ask for guidance and scientific data on:

Nurses are key in the management and administration of oncological treatments and in the instruction of patients regarding their use.

For this reason, last summer the ESNO (European Specialist Nurses Organisation) published an informative guide on biosimilars for nurses.

Poor understanding of biosimilars could result in a lack of  nurses and patients confident in the biosimilar.

The EFCCA (European Federation of Crohn’s and Ulcerative Colitis Associations), an umbrella organization of 30 patient associations with Crohn’s disease and ulcerative colitis, one of the first groups to deal with biosimilars, has accumulated a lot of experience since the approval of the infliximab biosimilar in 2013.

In a survey conducted in 2014 on 1,000 patients, they discovered great ignorance and scepticism regarding biosimilars along with a desire to participate in decision-making about treatment.

The European Parliament held a conference in 2016 with patient associations on biologicals and biosimilars that showed some progress, but the main concern remained the lack of education on biosimilars.

Authorities are now aware that working with patient associations is crucial to understanding their needs and developing appropriate policies.

4.  The role of the authorities

Therefore, the EMA is aware that it must provide sufficient information on biosimilars at two levels:

5.   The Scandinavian experience in the introduction of biosimilars

The first biosimilar available for the treatment of autoimmune diseases (infliximab) was introduced in Norway in 2014 and in Denmark and Sweden in 2015.

Norway and Denmark carried out a very active campaign for switching the reference biological drug for the biosimilar. This strategy was very successful, both economically and clinically (with no reports of adverse effects).

Meanwhile in Stockholm, concern about the scarcity of usage data on the biosimilar meant doctors were not influenced regarding its use, thinking that the confidence and adoption of the biosimilar would grow organically. As a consequence, its introduction was reduced to new patients and was much slower than in Norway and Denmark.

In April 2016, a multidisciplinary committee was formed in Stockholm to negotiate the biosimilar offer for 2017, and the consensus was for a single product tender for both new patients and those already receiving treatment. At 4 months, the biosimilar had captured 90% of the market, and less than 1% of the patients preferred to continue receiving treatment with the reference biological drug.

In Scandinavian countries, multidisciplinary and collaborative work and a firm commitment to biosimilars have allowed their success in both their introduction and in the clinical results.

The use of biosimilars in oncology represents an unprecedented savings opportunity, which could reach 2 billion euros in 2021, just in the three most used biological medicines in the oncology area (rituximab, trastuzumab and bevacizumab). This would make it possible to increase access to biological medicines in regions where their use is low, mainly due to their high cost.

All stakeholders involved in the use of oncological treatments demand greater and more complete information on biosimilar medicines, which will help them to better decide on treatments and provide reassurance regarding their use.