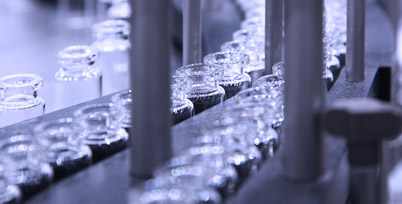 As we have been outlining so far in previous posts, three trends are anticipated in the medium to long-term in the progression of biosimilar drugs. These include an increase in their use, an increase in their market value and a potential saving in healthcare costs. Taking into account that the investment required to develop them is very high, if a sustainable framework is not established in time the incentives to develop these drugs could be lost, as well as the accessibility and sustainability that they provide.

Until now, the market and use of biosimilars have been growing year after year. A report issued by the consultancy company IMS Health in 2011, which covered the period 2007-2011, observed how the market share of these drugs increased from 0% in 2007 to 11% in 2011 (IMS Midas, Q6, 2011). For the year 2017, the same consultancy company has estimated that the sale of biological drugs is expected to make up 19-20% of the global market, with predicted sales of 221 billion dollars, of which 2-5% will correspond to biosimilars (IMS Institute for Healthcare Informatics, 2013) It also estimated the pharmaceutical expenditure levels for 2017, according to therapeutic area in developed markets, putting oncology in first position with estimated sales of 74-84 billion dollars. In the case of emerging markets, the main pharmaceutical expenditure will relate to pain control, with a total of 22-25 billion dollars (IMS Institute for Healthcare Informatics, 2013). For their part, the consultancy company Global Business Intelligence (GBI) has estimated that the value of biosimilars in the global market will go from 20 billion dollars in 2015 to 55 billion dollars in 2020 (GBI Research, June 2015).

However, in spite of this increase in their use and market value, various studies have calculated that by the year 2020, biosimilars will have the potential to generate a saving of 1.5 billion euros for the Spanish National Health System, and between 50 and 100 billion euros for Europe and the United States (IMS Health, March 2016). This would also lead to a decrease in the purchasing cost of reference biological drugs that have already lost their patent.

Despite all of the above, these predictions and estimations will depend on a number of factors. These include the involvement of the government and healthcare authorities (through the introduction of incentive policies for their use), the confidence and trust generated in healthcare professionals, the continuation of the current trend towards a rise in prices of new commercial medicinal products, the economic crisis and the need to make national health systems sustainable.