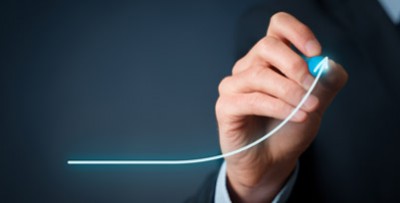 There is no doubt that biological drugs are the treatment future for many pathologies. They can be used in areas such as oncology, diabetes or pain control. However, they are much more expensive than traditional drugs made through chemical synthesis, as their production is more expensive. Nevertheless, as we have mentioned in previous posts, with the expiration of many of their patents, there is opportunity to market biosimilar drugs. This would allow similar treatments to become available, with a financial saving of up to 20–30%.

Over the course of 2016, the expiration of two biological drug patents is also expected: Lucentis® (ranibizumab, Novartis) and Neulasta® (pegfilgrastim, Amgen); in 2017, Xolair® (omalizumab, Novartis) is expected to expire; in 2018, the patent of Humira® (adalimumab, AbbVie) and Levemir® (insulin detemir, Novo Nordisk) will expire; and in 2019, the patent of Avastin® (bevacizumab, Roche) will also expire (IMS Health, MIDAS, MAT 09/2012). Therefore, new biosimilars based on all these active substances are expected to emerge.

That being said, given the complexity in manufacturing biosimilars and the controls for their approval, introducing them onto the market requires more time than drugs made through chemical synthesis. For this reason, it will take time for comprehensive data about their progression on the market to become available. However, some consultancies have already made some estimates. By the year 2017, it is estimated that global sales of biosimilars could reach 2–5% (IMS Institute for Healthcare Informatics, 2013). On the other hand, despite legal reforms in many countries, there are still many concerns surrounding biosimilars, such as their regulation in terms of their substitution and interchangeability, as well as the extrapolation of indications. In this regard, the EMA is the most advanced regulatory agency. In fact, its equivalent in the United States, the Food and Drug Administration (FDA), is adopting regulations established by Europe.

Spain has also introduced various initiatives. Very recently, the head of the Biologics, Biotechnology and Advanced Therapies division of the Spanish Agency of Medicines and Medical Devices (AEMPS), stated that the indications can in fact be extrapolated from reference drugs to biosimilar drugs, in the same way as when a reference drug changes its production process, which is commonplace throughout the marketing history of all pharmaceuticals. Additionally, the Spanish Association of Biosimilars (Asociación Española de Biosimilares, BIOSIM) is assisting in the development of a series of proposals to help pull away from the legal limbo surrounding biosimilars, involving both Autonomous Communities as well as the Central Government.