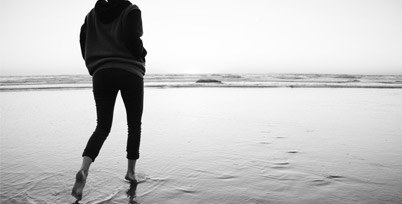 The biological drugs market is rapidly growing, especially when compared to the chemical molecule drugs market. Proof of this lies in the fact that 9 out of 15 highest selling drugs in the last decade were biological, surpassing sales of one billion dollars during the course of the year. For example, the global sales of Remicade® (infliximab) surpassed 7.5 billion dollars, while those of Avastin® (bevacizumab) reached over 6 billion.

Nowadays biological drugs make up practically 50% of hospitals’ pharmaceutical spending, so no one questions the benefits that biosimilars have on health-related expenditures for healthcare systems. This benefit is even greater in least developed countries, where the use of biosimilars allows many patients to have access to biological treatments. According to the consultancy company IMS HealthCare Institute, the potential accumulative savings for healthcare systems in the European Union and the United States, as a result of using biosimilars, could surpass 50 billion euros over the next five years, even reaching up to 100 billion euros. However, various factors such as safety, the setting of prices, manufacture, barriers to entry, acceptance from doctors and marketing mean that the biosimilar market develops in a notably different way to that of generic drugs.

With the introduction of biosimilars, it is clear that the pharmaceutical industry that markets biological drugs is going to lose a share of the market, from which companies that deal with biosimilars are going to benefit. There are various profiles of companies dedicated to the development and marketing of biosimilars: from large pharmaceutical companies that operate on a global scale (Pfizer, Sandoz, Amgen, etc.) to smaller companies that operate more locally (Dr. Reddy’s in India or Biocad in Russia), in addition to companies that are completely dedicated to biotechnology (Coherus, mAbxience, etc.) or large companies which are new arrivals in the pharmaceutical market (Samsung, Celltrion). All of these will attempt to operate within this market, albeit with different profiles and business models. Some companies will be more successful during the process, while others will fall by the wayside or be absorbed by other companies.

Next year, it is expected that the first two marketed monoclonal antibodies, infliximab and etanercept, will become established in the European market, and that rituximab will be launched in said market. On a longer-term scale, patents are expected to expire for adalimumab, insulin glargine, etanercept, infliximab, rituximab, pegylated filgrastim, trastuzumab and follitropin alfa, amongst others; drugs which currently produce 42.3 billion euros in sales in Europe and the United States.

Regarding the regulatory framework for biosimilars, new regulations and laws are gradually being implemented which are paving the way towards automatic substitution at drug level, something which is currently not permitted due to a lack of sufficient evidence. In addition, regulatory bodies are increasingly adopting the key principles included in American and European biosimilar guidelines. These principles are contributing to a global assimilation for biosimilar development, with Latin America becoming a key market for the pharmaceutical industry and biotechnology companies. However, until specific guidelines are established in other important markets, such as Russia, it will remain difficult for manufacturers to define a truly global development strategy.

The biosimilars market is still emerging in Spain. For example, the introduction of biosimilars such as erythropoietin, follitropin alfa, somatropin, filgrastim and infliximab in Valencia in 2015 reached 17.61% of the hospital sector[1]. This figure, however, varies greatly depending on the drug in question, and the values are expected to increase more and more. Spanish experts feel that one of the biggest challenges facing the biosimilars sector is getting healthcare professionals to learn about them and have confidence in them. According to recent statistics, 58% of Spanish doctors is unable to adequately describe what a biosimilar is. In addition, professionals are not sufficiently aware of the quality, efficacy and safety of these drugs. With this in mind, it is difficult to get the patient to view these drugs in a positive light. Better communication between Healthcare Administrations, regulatory bodies, doctors and patients would undoubtedly improve the opinion on biosimilars, instead of only considering them as a result of an imposition for economic reasons.