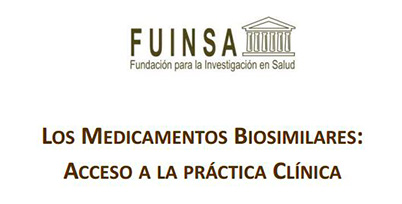 The vast majority of the societies voiced their agreement with all the aspects we have mentioned in previous posts on biosimilars, such as their lower cost, the improved sustainability of healthcare systems, the promotion of research and greater availability of treatments for patients. One further important issue in which they also concurred is that of not considering biosimilars as generics of biological drugs. They stress that a generic drug cannot be compared with a biosimilar As such, the approach taken to decide on the price and funding of each one is not the same.

Another aspect on which the societies agree is that of prescribing treatments by brand name and not by active substance, which would ensure the proper traceability and monitoring of any adverse events associated with the drug. In the event of traceability being lost, this would result in a lack of information on highly important aspects pertaining to the distribution of the drug, such as the batch number and the establishment to which the biosimilar being used belongs.

The conference concluded with a unanimous consensus on the importance of biosimilars, the development and marketing of which are not without unforeseen challenges, but which also offer opportunities that will allow progress to be made in the scientific and commercial settings.