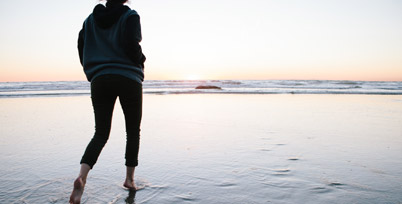 Autoimmune diseases represent a therapeutic area that, despite having lower incidences to that of cancer, often faces neglect. Such diseases affect 8% of the population with over 75% of cases occurring in women, due to the fact that they have a more powerful immune reaction. Experts have also stated that women have a greater tendency to possess certain genes that predispose them to these diseases.

In autoimmune diseases our immune system attacks our own body. The most common forms of these diseases are rheumatoid arthritis, multiple sclerosis and lupus, to name but a few. They are the result of a malfunctioning of the organism’s immune system.

For years, these diseases have been fought with immunosuppressive drugs, which, according to experts, have high toxicity. In recent years, however, several advances have been made to combat autoimmune diseases through new drugs designed with nanotechnology, as was recently featured in the journal Nature.

Diagnosing these diseases is complicated because of the slow progression of the disease and because the initial symptoms may be ascribed to a number of different causes. It is also estimated that there are between 80 and 100 different autoimmune disorders.

These diseases also account for a large portion of hospital bills. According to IMS Health, oncology, HIV and biological products for autoimmune diseases and HCV account for 59% of the hospital market.

Among all autoimmune diseases, rheumatoid arthritis has a great social impact. It is a disease that causes joint pain throughout the body and, if left untreated, ends up destroying them.

The Spanish Society for Rheumatology (SER) estimates that there are 180,000 people affected by this disease throughout the country and considers it to be the most disabling rheumatic disease in Spain.

In light of this scenario, the arrival of new drugs that can provide less expensive treatment options for diseases that can last several years, such as rheumatoid arthritis, is a significant step forward for national health systems.

To this end, biosimilars are helping to take a further step by making therapies available to more patients and by reducing the economic and social costs of the disease. For this reason, the Ministry of Health has put in place a cost containment mechanism in the 30-40% range in relation to the reduction in price for biosimilar drugs with regard to their biological reference.